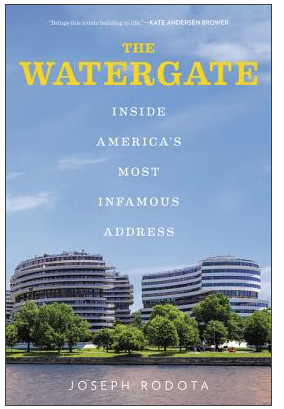 Review of "The Watergate"

There have been countless books published about the participants, the conspiracy theories, and the aftermath of the Watergate scandal. From Woodward and Bernstein’s bestseller, “All the President’s Men,” to the obscure, “A Piece of Tape”… 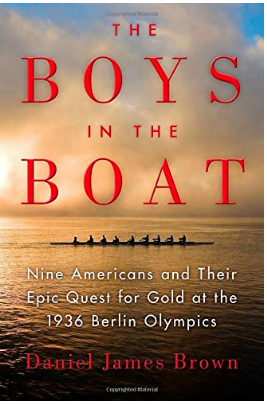 Review of "Boys in the Boat"

I’m aways a bit dubious when a publisher compares a soon-to-be released book to an established best seller. When Viking Press launched Daniel James Brown’s The Boys in the Boat, it heralded the publication as the next Unbroken, Laura Hillenbrand’s masterpiece. But in this instance, my suspicions were unnecessary. 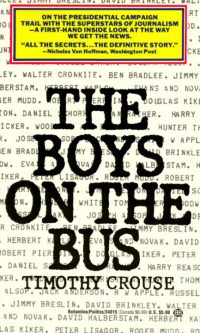 Review of "Boys on the Bus"

When Theodore White published his iconic The Making of the President 1960, no one could have predicted its unintended consequences. Up until the publication of White’s book, the public had little knowledge of what really took place on the presidential campaign trail. 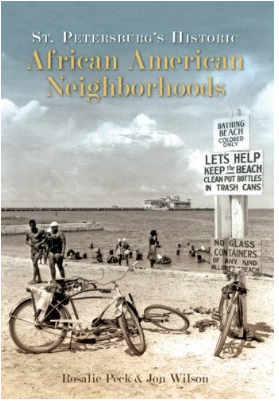 In the opening pages of St. Petersburg’s Historic African American Neighborhoods, co-authors Jon Wilson and Rosalie Peck, with shrewd eloquence, presented their thesis. “White promoters said the tiny Pinellas peninsula, hanging off Florida like a thumb, must be the world’s healthiest place to live.” 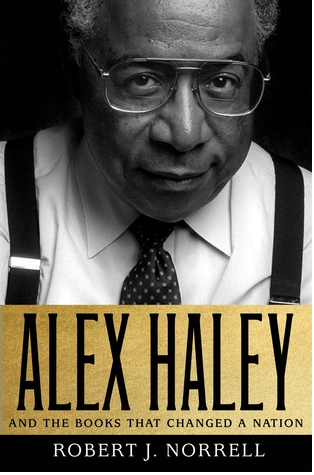 Review of "Alex Haley: And the Books That Changed a Nation"

In Alex Haley and the Books that Changed a Nation, Robert J. Norrell, professor of history at the University of Tennessee, Knoxville (UTK), explores the complicated life of one of America’s most famous twentieth-century authors. Having had access to the Alex Haley Papers housed at UTK and inaccessible to most (if not all) researchers, Norrell sheds new light on his subject. 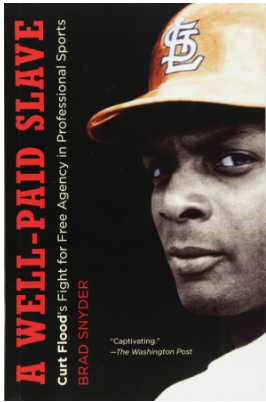 Review of "A Well Paid Slave"

Curt Flood’s life story was complicated. His biographer would need more than a solid grounding in baseball. As Brad Snyder demonstrated in his definitive work, A Well Paid Slave: Curt Flood’s Fight for Free Agency in Professional Sports, it required a legal background (which Snyder has) and familiarity with the personalities and politics of the United States Supreme Court justices, specifically the Burger Court. 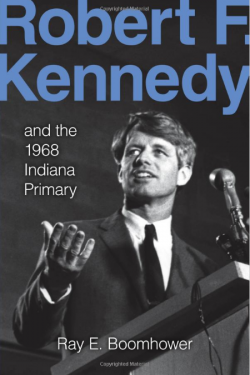 Review of "Robert F. Kennedy and the 1968 Indiana Primary"

Like many Americans, I have always been fascinated with the Kennedy clan. Fortunately, there’s no shortage of well-written books on the subject. From William Manchester’s controversial “Death of the President” (1967) and Arthur Schlesinger’s best selling “RFK and His Times” (1978) to the more recent, David Nasaw’s “The Patriarch” (2012), and J. Randy Taraborrelli’s “After Camelot” (2012), writers have all but exhausted the Kennedys. 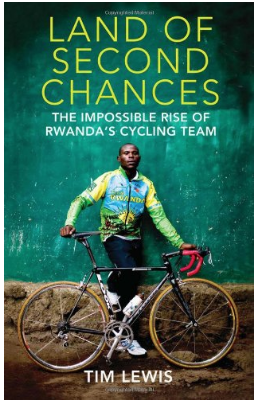 Review of "Land of Second Chances"

Rwandan cyclist Adrian Niyonshuti set out to do the impossible–participate in the Olympics and become the first of his countrymen to earn a medal. In Land of Second Chances, British journalist and author Tim Lewis chronicled Niyonshuti’s uphill climb in the European and American dominated sport of cycling. 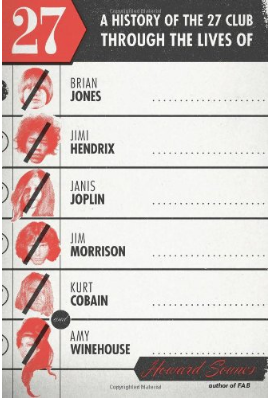 “Tragedy is so romantic when people write about it, but it is horrible to see. There is nothing pretty about a person destroying themselves.” – Jim Morrison’s friend on the late singer’s death. After reading Howard Sounes’ 27: A History of the 27 Club, I am reluctant to utter ever again the popular phrase, “party like a rock star.” Partying like a rock star is often used to describe a night of drug and alcohol debauchery, not uncommon among well-known entertainers in the music industry. 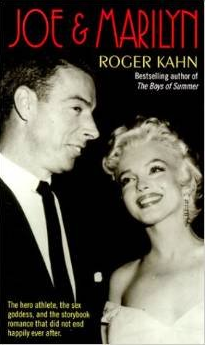 Review of "Joe and Marilyn"

How does a beautifully written, highly informative book, penned by one of the greatest twentieth century sports writers, miss the mark? Let me explain. In Joe and Marilyn: A Memory of Love (1986), author Roger Kahn, who wrote the iconic best seller Boys of Summer, is obsessed about baseball and the heroes it produced, notably Joe DiMaggio. The way he described the New York Yankee Hall of Famer, I probably would have been too if I had grown up in that era. 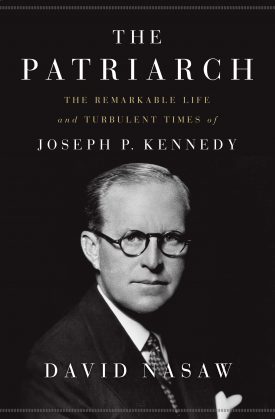 Review of "The Patriarch"

In his 800-page tome, The Patriarch: The Remarkable Life and Turbulent Times of Joseph P. Kennedy, Nasaw, The Graduate Center of the City University of New York’s Arthur M. Schlesinger Professor of History, captured one of the most enigmatic figures of the twentieth century. Although the length of the book might turn away readers, this Shakespearian tale, which was six years in the making, is surprisingly, a page-turner. 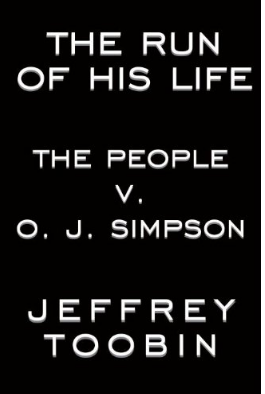 Review of "The Run of His Life"

The blood samples, the witnesses, the motive, and how could anyone who remembers the trial of the century forget about…the glove. But, the trial itself was not Jeffery Toobin’s purpose when he wrote The Run of His Life: The People vs. O.J. Simpson. Books about the trial have been written, many times over. 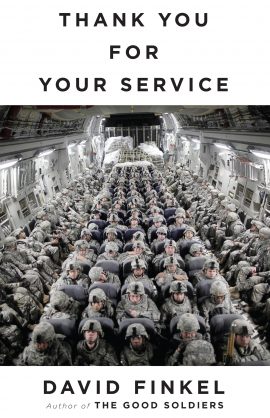 Review of "Thank You For Your Service"

“I feel so f**king violent right now,” wrote a young soldier in the journal he maintained as part of the healing process during his transition from the battlefield to civilian life. In David Finkel’s Thank You for Your Service, recently named by Amazon as the “best nonfiction book of the year,” the Pulitzer Prize-winning writer followed a group of young yet troubled male veterans returning home from Iraq and Afghanistan. 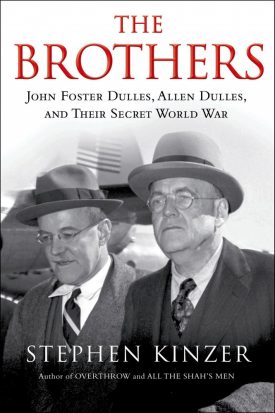 Review of "The Brothers"

In The Brothers, Stephen Kinzer focused on the scope of power and influence wielded by the Dulles brothers, Allen (CIA Director) and Foster (Secretary of State), in Washington and abroad during the early period of the Cold War. Their impressive foreign affairs pedigree (grandfather and uncle both served as Secretary of State) allowed them unprecedented access and opportunity to construct (and eventually deconstruct) America’s standing in the global community. 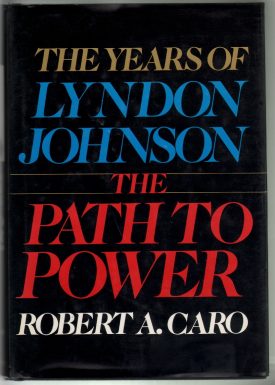 Review of "The Path to Power"

Of all the authors that have written about the controversial thirty-sixth president, no one has come close to doing a more exhaustive job than two-time Pulitzer Prize-winner Robert Caro in his epic series, The Years of Lyndon Johnson. Caro’s first volume, The Path to Power, focuses on LBJ’s roots and his meteoric rise in Texas politics. A standard book review for this tome would normally be about 2,500 words and rest assured it has been done many times over. I have no desire to rehash what has already been said. 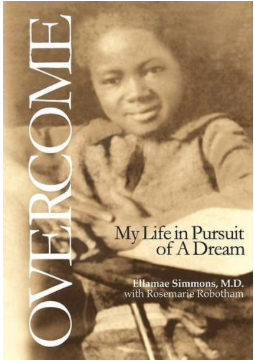 Don’t tell Dr. Ellamae Simmons no. She’ll find a way around it. Throughout her life journey, which was beautifully told in her memoir, aptly titled Overcome: My Life in Pursuit of a Dream, Dr. Simmons was constantly faced with barriers, all because she was either African American, a woman or, more often than not, for both reasons.