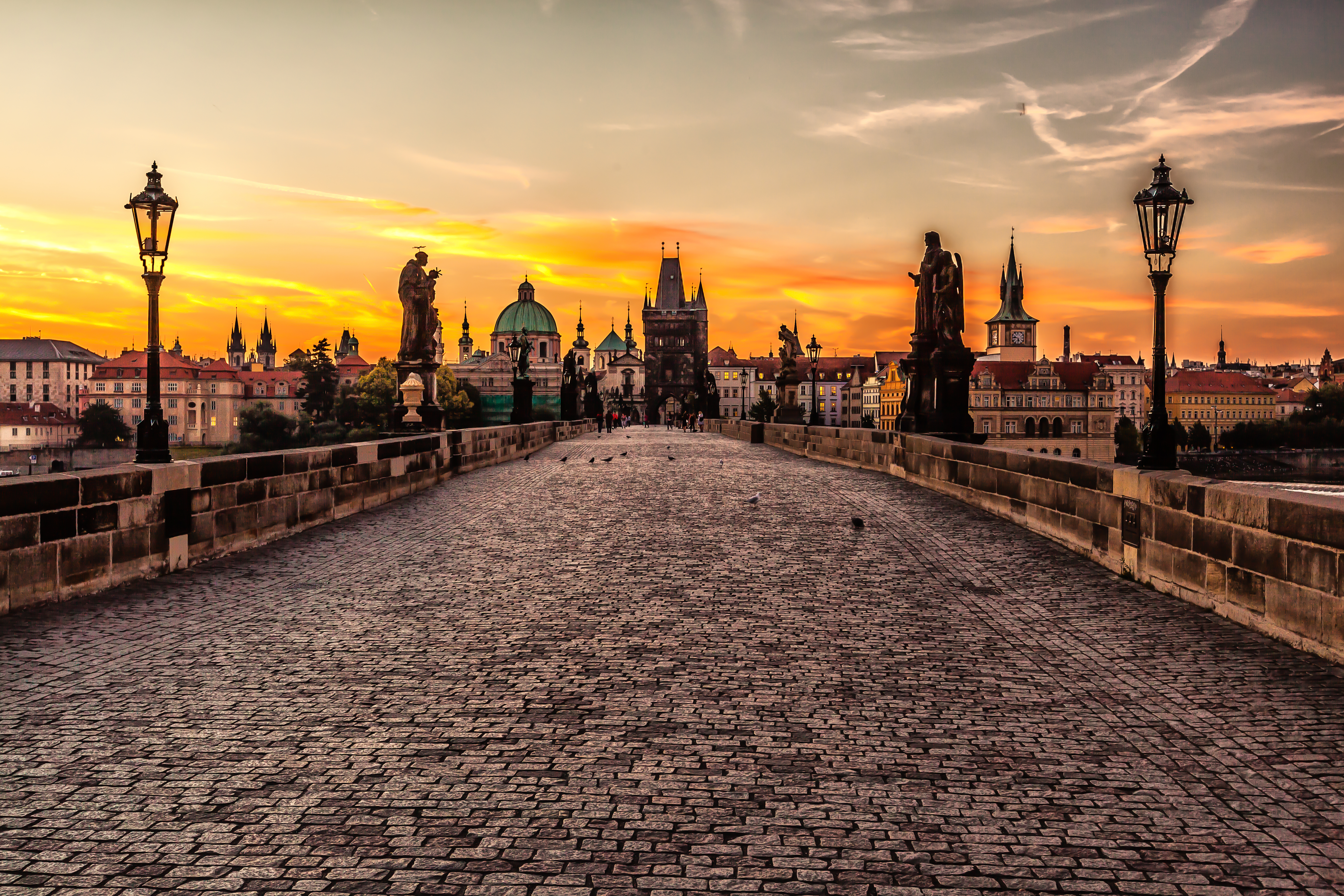 In February, my local newspaper, Gilroy Dispatch, published a full-page feature (picture included) about my progress as an independently published author. The University Studies Abroad Consortium (USAC), an organization that serves as a conduit to send college students abroad, had contacted me a short while later after a representative got wind of the article. As an alum, USAC congratulated me on my recent accomplishment.

After a few back and forth emails, I was asked to pen a blog post about my experience in Prague, Czech Republic, where had I spent the semester. The post was published a few weeks ago, but was heavily edited (for space) and formatted differently, in a Q&A style.

I had only seen my father cry once before. It was when my grandmother died a decade earlier. But there he was at San Francisco International Airport at four o’clock in the morning, along with my mother (who wasn’t the crying type) unable to hold back. He used his forearm to wipe away the wetness around his eyelids.

In a few minutes, he was about to say good-bye to his only son, who was off to live and study in Prague, a city that most people hadn’t heard of before. Those who had, still associated it with the Soviet Union—even though it had been thirteen years since the disintegration of the Evil Empire.

London was my parents’ first choice

They speak English. Why make life difficult for yourself?

Paris and Barcelona was a distant second. They were relatively “safe” cities.

What about Australia? Or, Germany? Italy? Why Prague?

I couldn’t even tell you where it was located, my father, a Ph.D. in history, quipped.

You don’t even speak the language; why the hell did you take Spanish!

My parents weren’t the globetrotting type. My sisters and I were a bit more seasoned, but nothing at the magnitude I was about to embark upon—a semester abroad.

As I was emptying out the travel books my parents bought for me because my luggage exceeded the weight limit, my father stood a few feet away, with a look of disbelief.

It hadn’t even been a year since the September 11, 2011 terrorist attacks.

Why do you have to go so far? The world was not a safe place anymore.

At the time, it wasn’t unusual to hear about Americans, when traveling abroad, placing Canadian flags on their backpacks, out of fear of retribution for the U.S. global war on terrorism.

As I hugged my parents and entered the security checkpoint, I choked up. It hit me. I was leaving them, my safety net. Maybe they were right, after all. Should I have studied in a more “established” country? Or, play it really safe and study in Canada? Nothing ever bad happens there.

A little teary eyed myself, I went to my gate and took off for Prague.

Many mornings on my way to class, I’d cross the 675-year old Charles Bridge at Charles University (est. 1348), while to my left was the city’s thousand year-old signature landmark, Prague Castle, a masterpiece of medieval architecture, I knew I made the right decision.

Living in Prague allowed me to travel with ease to other countries—Austria, Germany, Hungary, and Poland. Just make sure your passport is easily accessible. When I fumbled around for mine on the train to Krakow, Poland, for example, the ticket agent must have thought I was stalling and treated me with suspicion.

It was during my stay in Prague that the city hosted the annual NATO summit, the first major international conference of world leaders since 9/11 (both Prime Minister Tony Blair and President George W. Bush were in attendance). Told by our hosts to leave the city or be prepared to hunker down at our dormitory, the city was in full lock-down. Military vehicles roamed the cobblestone streets as snipers positioned themselves on rooftops. Demonstrators took over a small city block although it seemed the press and police—and the curious onlookers like myself—outnumbered the protesters.

But Prague is a peaceful city, where pubs are places to meet, play chess, paint, and talk. There are no bouncers, no lines, no neon lights and it doesn’t suffer from a foul odor. Beer is served at all hours of the day—and to American college students, that’s unreal. But in Prague, it’s no big deal. Czechs don’t drink to get drunk—something we observed but never practiced.

From Right to Left: My roommate, the Czech liaison to our USAC group, me (holding the beer), and a floor mate.

The memories that stay with me the most are those that involve the other USAC students—all 16 of us. We were in a strange, formerly Soviet-occupied country together, going through similar highs and lows, and trying not to forget to go to class—it’s so easy when every day is a new adventure.

For a few of us, it was the last time we would be full-time college students. No kids of our own, no mortgages, no job to go back to, no ailments, and no school loans that needed to be paid back yet.

It was a dream and there was no better setting for it than Prague.

God, I’m glad I didn’t listen to my parents!

For those of you who live in the San Francisco Bay Area and are interested in learning more about Alex Haley, you are invited to my talk in my hometown, Castro Valley, at 1:00 p.m., Saturday, June 20, at Baywood Court, 21966 Dolores Street, and if you haven’t signed up for my email list, you’ll miss the opportunity to be notified about my next book, so please click here.