Over the past five years while I was conducting research for Alex Haley’s Roots: An Author’s Odyssey, I had the pleasure of interviewing several of Haley’s friends, fellow writers, and colleagues.

In 2010, during an interview I conducted with Fulton Oursler, Jr., a former Reader’s Digest editor, he shared several stories about working with Alex Haley.

There was one particular tale that I have always kept in mind.

In the late 1960s, Haley had arrived at the Digest campus in Pleasantville, New York, for a luncheon meeting with Oursler and a group of other editors. The author was updating them on his progress with Roots.

He had just returned from Ireland. When they inquired about his trip, Haley told the following story. 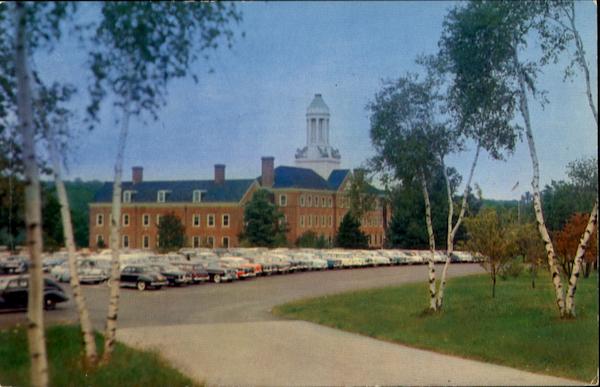 The former Reader’s Digest campus in Pleasantville, New York, where Haley would often visit and meet with his editors.

The inn was located in Northern Ireland’s countryside, where Haley was staying and conducting research about his father’s ancestry. Restless, the writer was looking for a place to unwind. The road, he was told, would eventually lead to a tavern.

Haley heeded the innkeeper’s advice and went about his way.

After a short amount of time, eventually he found the tavern. When he opened the door, he noticed there were about thirty men and women inside, all of whom, it seemed to Haley, knew one another.

When he walked in and was spotted by a sea of white faces, “there was utter silence.”

Gazing at the black man in the entryway, it was as if these people had suddenly suffered from “paralysis.” Their eyes were fixated on his every move. Not a word was spoken.

“I have a feeling” Haley thought to himself, “I may have been the only black person they had ever seen in their lives.”

Haley walked up to the bar.

“I’d like to have some beer,” he told the bartender, who leaned into Haley as he was standing behind the counter.

There was a long, awkward pause before the bartender responded.

“And what church would you be going to?” he asked Haley in his thick brogue, loud enough for all the patrons to hear.

Caught off-guard, Haley didn’t know how to respond. The question was the furthest thing from his mind. Here’s a man who had endured bitter racism, poverty, bouts with suicide, a broken marriage, and yet, at this moment, for all his real-life experience, he drew a blank.

With nothing clever to come up with, Haley opted for the truth, hoping that would simmer the mood.

My family was Baptist, he divulged.

The mood in the tavern immediately shifted from skepticism to jubilation. Haley was given his drink and all was merry for the remainder of the night. Someone even bought him a beer.

The Digest editors, all of whom were white, enjoyed the story but Haley saw that they did not fully get the point he was trying to make.

“They didn’t care that I was black,” Haley explained to the group. “They just wanted to know what church I went to.”

“The reason I told that story,” Haley went on, “[is that] if you ever want to know what it’s like to be a nigger, go to Belfast and tell them you’re a Catholic!”